The Jazz In The Pines Festival returns for the first two weeks of July 2023, and builds a bridge between the professionals we’ve loved for years and the next generation of jazz artists. The new Jazz In The Pines Festival and Student Clinic restores the original vision of festival co-founder Dr. Marshall Hawkins, the legendary bassist, beloved teacher, and walking treasure trove of jazz, centering around the Idyllwild Arts Student Clinic, giving these young musicians a chance to play alongside some of the great practitioners of contemporary jazz. In addition to campus events, evening performances by faculty and students will take place at – and in partnership with – local venues in the town of Idyllwild. The festival will include public performances, open master classes, and a live taping where guests are invited to Join The Conversation as Idyllwild Arts President Pamela Jordan interviews world-renowned artists for her new podcast, “One World. One Idyllwild. The Series.”

The Jazz In The Pines Student Clinic took place July 3-16 2022, with select performances by Idyllwild Arts students and Jazz Faculty on campus and in the town of Idyllwild.

Idyllwild Arts Faculty Combo Concert @ Idyllwild Arts Campus 7pm
All attendees will be required to wear a mask while in the venue.

Idyllwild Arts Faculty Big Band Concert @ Idyllwild Arts Campus 7pm
All attendees will be required to wear a mask while in the venue.

Each year, hundreds of summer campers and academy students travel 5,200 feet into the mountains to Idyllwild, California. Once here, they walk onto a picturesque campus with dorms, charming classrooms, practice rooms and studios all surrounded by a beautiful wooded terrain.

Idyllwild Arts is home to children exploring art, curious pre-teens who are makers of art and music, teenagers bursting forth as emerging artists, professional artists who come to share and hone their talent and develop new skills, as well as the novice who learns more in one week, one class or one year than he or she ever thought possible.

Whether adult or child, students who enter into the network that is Idyllwild Arts start on a path to develop the skills, creativity, and innovative thinking that supports a lifetime of opportunities and success. At Idyllwild Arts the standard is high yet the expectation for one’s personal success is even higher.

For over seventy years, people have been coming to this beautiful and secluded campus in Idyllwild to experience the arts. The Summer Program and Arts Academy attract students from more than thirty countries and three continents who make up this one-of-a-kind learning environment. Idyllwild Arts Academy is lauded for a college-preparatory program that prepares students to enter the most competitive colleges, universities and conservatories around the world. Such a unique education ensures that our graduates become professional artists, innovative thinkers, and industry leaders.

Thank you for visiting our website. We now invite you to take the next step to discover for yourself what is affectionately known as the “Magic of Idyllwild”. Whether you are considering the summer program for yourself, or you are seeking a world-class academic and pre-professional high school for your son or daughter, you’ll be glad that you have entered the network of Idyllwild Arts.

Pamela Jordan was appointed President of the Idyllwild Arts Foundation in July 2014. Prior to joining IAF, she worked at the Chicago Academy for the Arts (CAA) for twenty-three years, serving as Head of School for thirteen years. Jordan received a Bachelor of Music from Phillips University in Enid, Oklahoma and a Master of Education from Northeastern Illinois University, Chicago, IL. Jordan is a former faculty member of the National Association of Independent Schools’ Institute for New Heads. She has served on the boards of the Independent Schools Association of the Central States, Lake Michigan Association of Independent Schools, and is currently Immediate Past President of Arts Schools Network. She has served as a resource panelist to the School of the Arts, Singapore where she also delivered the keynote address for the school’s first bi-annual Arts Forum.

Learn more about the history of Jazz In The Pines, and its Co-Founder, Dr. Marshall Hawkins

“Oh, yeah,” he grinned one recent morning. “But I’m not slowing down. I’m moving smarter.”

No one has spoken more powerfully generation after generation, or from his own generation to much younger ones, than Marshall Hawkins.

“Jazz is a catalyst for love and respect, a beacon that shines on the truth. It’s what I’ve always been honored to feel when I played jazz, and what I’ve also been honored to feel during these exciting conversations, month after month since August 2018, with the other people involved in planning the new Jazz in the Pines. We’ve had love and respect and truth in the room, along with Bob Boss and Harry Pickens, and Evan Christopher and Jason Jackson and others—including of course the President of Idyllwild Arts, Pamela Jordan.”

Hawkins has always insisted that his power to communicate belongs ultimately not to himself, but to the music. The power is on loan to him only for as long as he gives the music its freedom.

“It’s like it wasn’t just us in the room, because that openness to what the music can do made a place in the room for everybody who’s open to the music.”

“Connecting. This is all about love of the power of music to connect people to each other. This is what the new Jazz in the Pines is all about.” 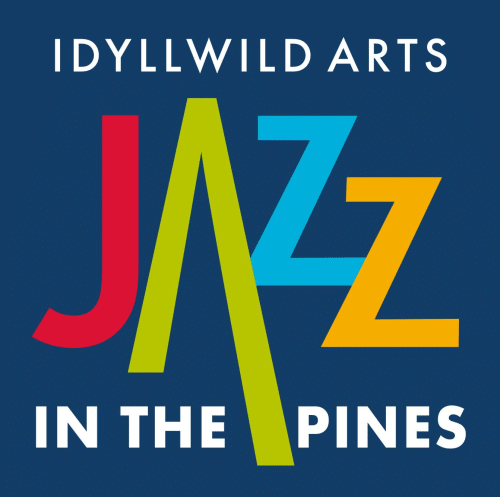 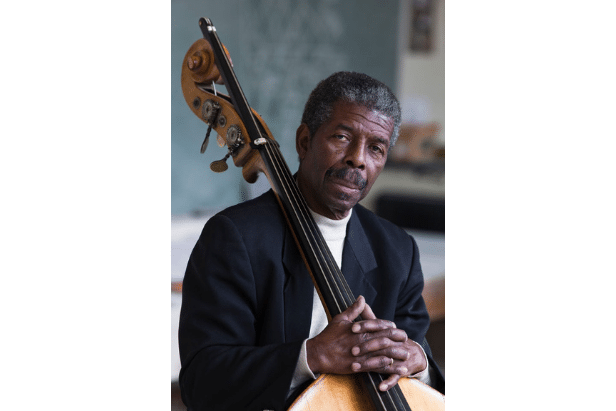 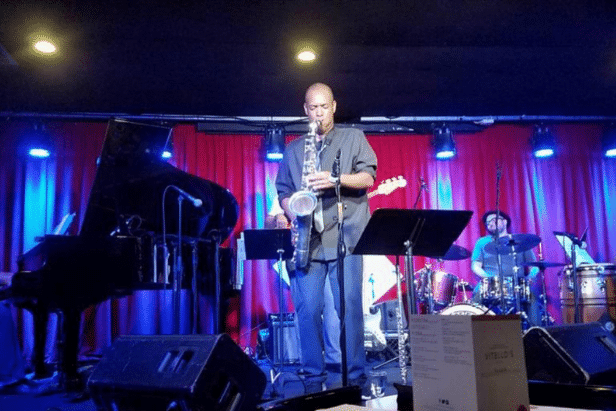 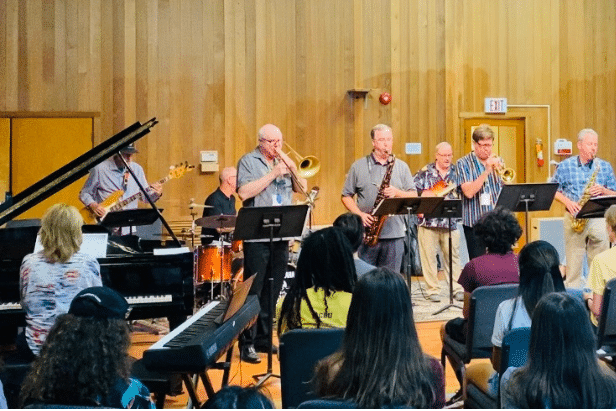 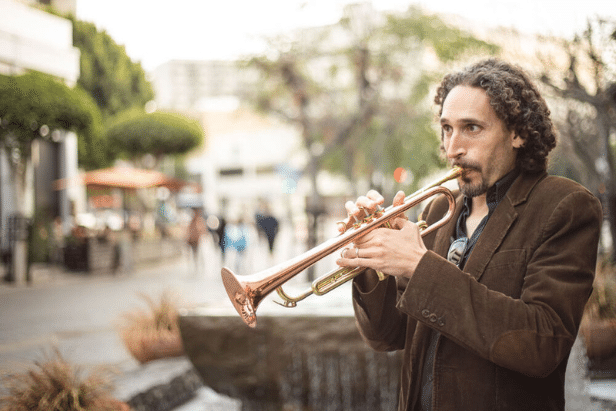 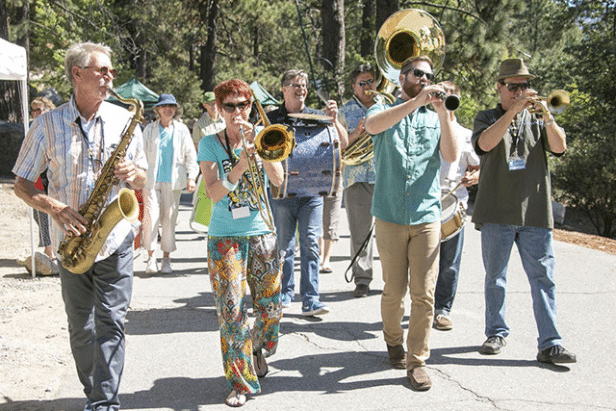 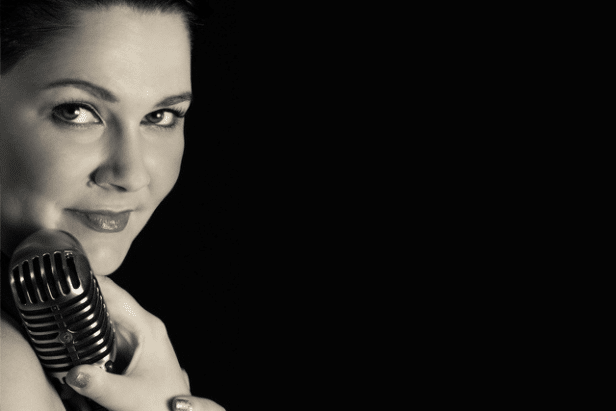 “The new Jazz in the Pines is a state of mind. It’s an expression of shared wonder about the power of jazz not only to speak generation after generation, but to help one generation speak to another generation.” – Marshall Hawkins, Jazz In The Pines Founder

“The trip up the mountain becomes more than a physical journey; it becomes a journey of awakening to a new way of being – a state of consciousness characterized by self-awareness, authentic connection, mutual respect, clear communication, personal mastery, common language and individual expression in service of a common ideal.” – Harry Pickens, Musician & Author

“By bringing together artists of all ages, Jazz In The Pines now aligns with what Idyllwild Arts has done exceptionally well for nearly 75 years. By ensuring a continuing dialogue of artistic expression, younger generations are taught to embrace the universal language of the arts to change lives and connect with human kind.” – Pamela Jordan, President, Idyllwild Arts

MISSION STATEMENT
Jazz in the Pines supports and empowers the students of Idyllwild Arts through an inter-generational teaching-artist model anchored in the strategies of jazz music and the artistry of its greatest practitioners.
Copyright © Idyllwild Arts 2023 - All Rights Reserved
Back To Top
X